Wandersleben
(approx. 15 km away from Gotha)

The largest of the three castles (first mentioned 1034) was the Count of Gleichen’s seat until 1455. After her move to Ohrdruf just a few kilometres away, the same thing happened to it as its sister castle in Mühlberg: it went to rack and ruin. The castle complex is 60 m wide and surrounded by a 105 m long ring wall. A viewing platform and a small museum was set up in the keep at the end of the 19th century. The castle became famous through the “legend of the count with two wives” Ernest of Gleichen. 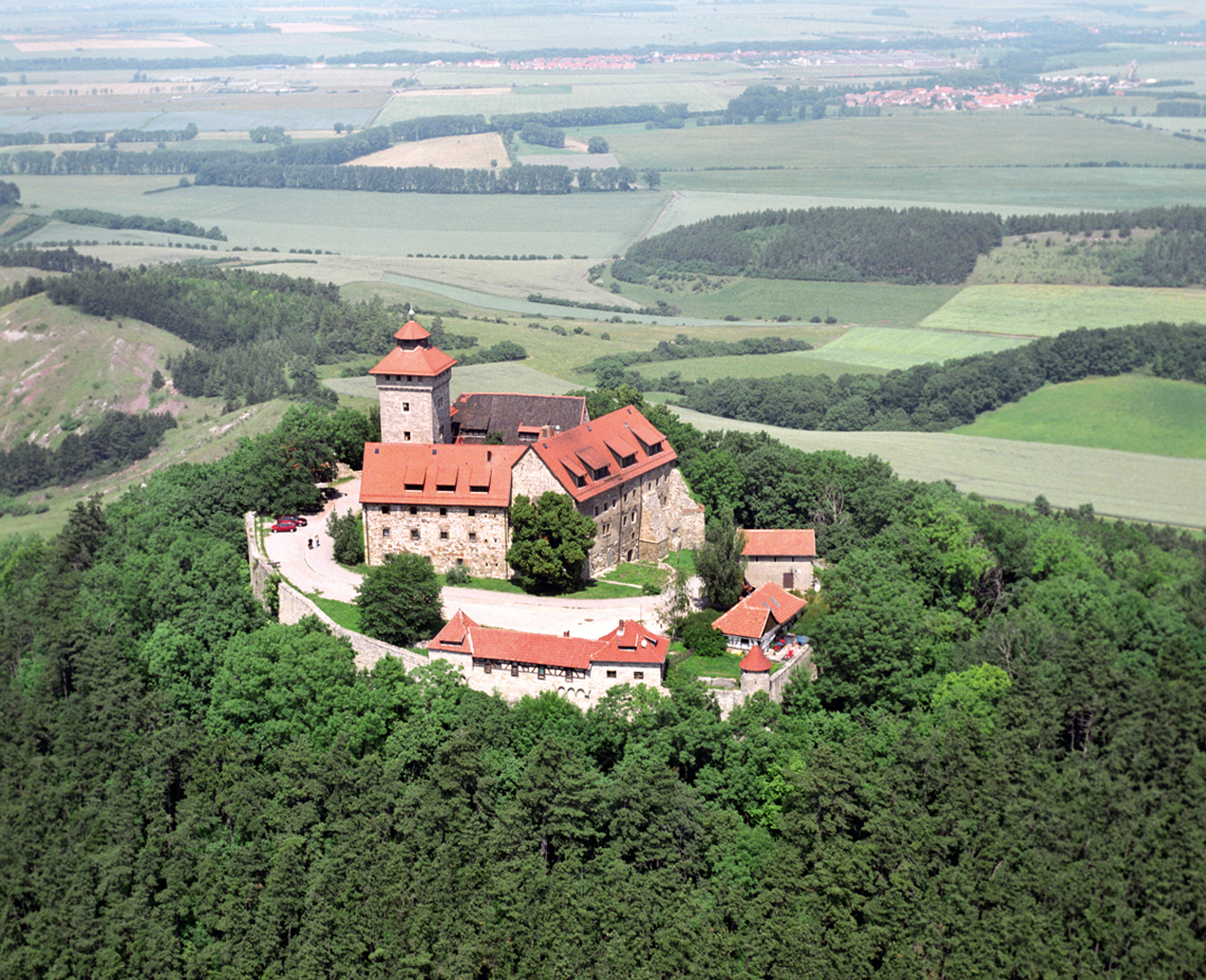 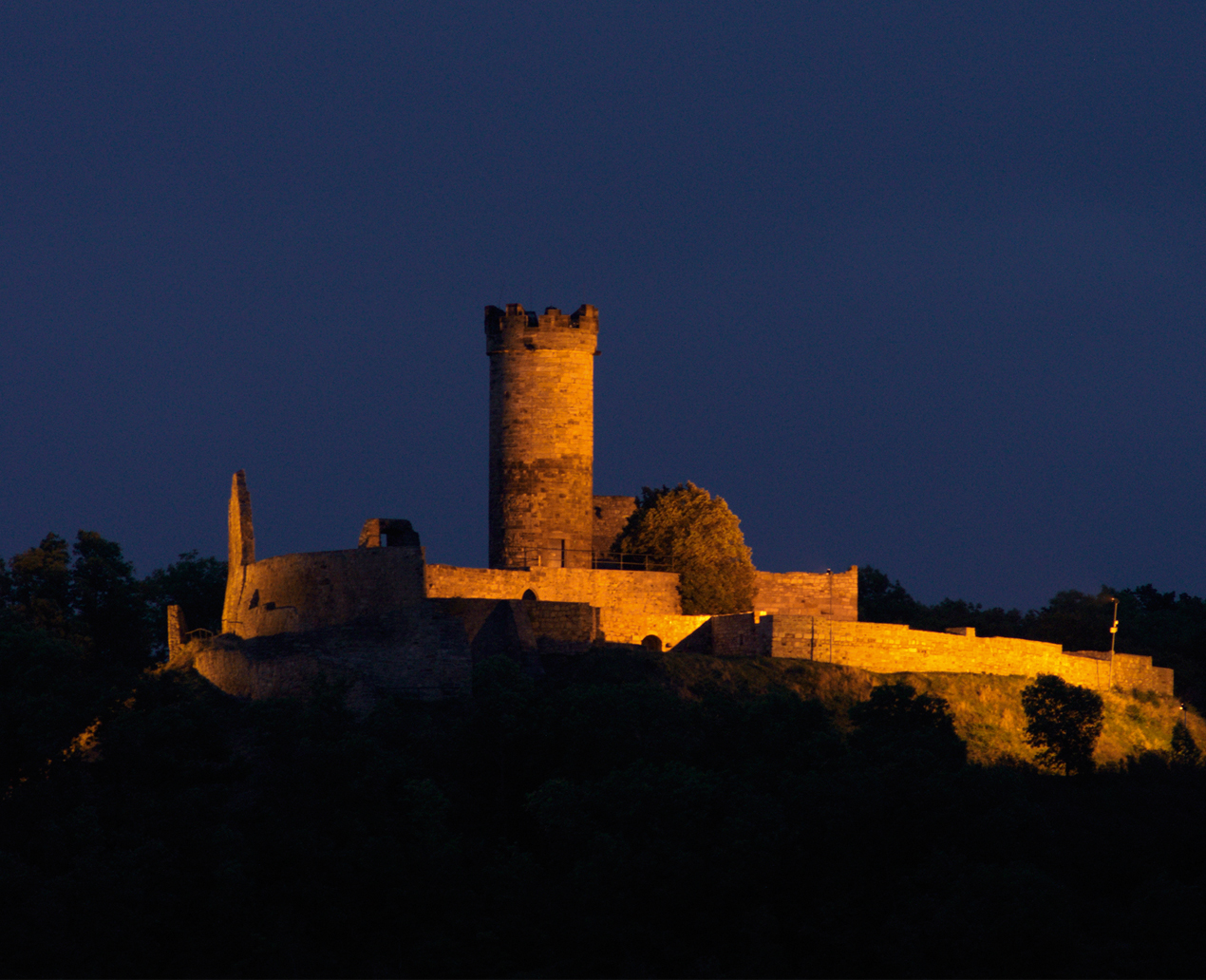 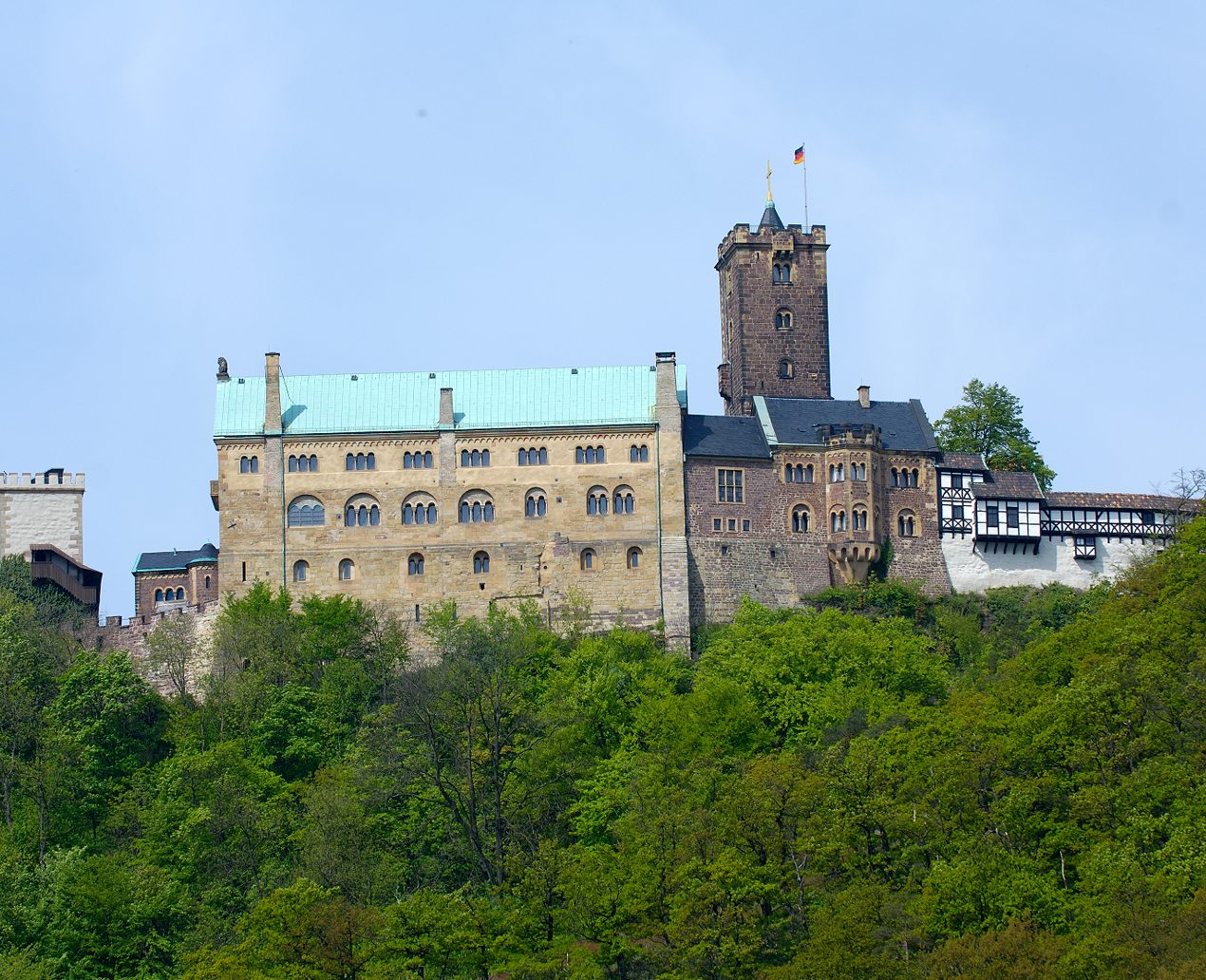